Hey there!  Remember me?  I know it's been 3 whole months since my last blog entry!  I will assure you I am still alive and well, just got bogged down with life at the tail end of 2011.  Then I felt so overwhelmed with all I wanted to tell you that I didn't even attempt to catch up and the task of remembering everything seemed so daunting!  But I've decided to just pick up and continue on, and I can add in some recap of the last 3 months as I think of it and feel like it.

Anyway, right now I'm in Hawaii looking at this: 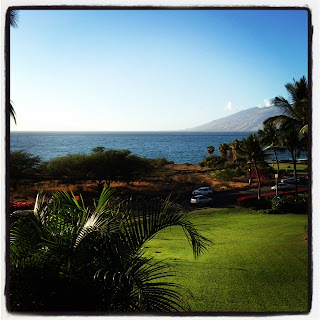 Rough life, eh?  :)  We were worried we might not even make it, since Vancouver was experiencing delays and cancellations due to freezing rain.  Lowen called WestJet, and they advised getting to the Calgary airport an hour earlier just in case.  We kept an eye on the flights to Vancouver that day and were getting worried since the morning flights were being delayed, and one was even cancelled.  But, by the time we got to the airport the 3:00 was on time and our flight, the 4:00, was on time too.  So off we went! 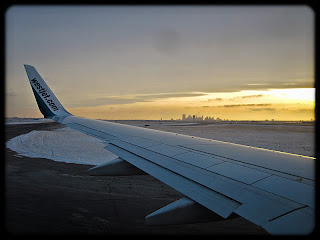 I was so ready for a vacation, especially to a warm spot.  Spending at week in -30 weather really takes it out of you!!  But as we were leaving it was nice to see the Chinook arch over the mountains.

We arrived around midnight local time and went straight to bed.  With the time difference it was 3:00 my time and I was exhausted!!  We woke up the next morning around 7:00 and went to the market in Kahului.  I bought a plumeria ring, a nice pearl and bead necklace, and a hat.  I was feeling a little peckish and bought what I thought was a donut covered in coconut, but was actually a tuna sandwich that was deep fried with onions on the outside.  It was soooo good.

Lowen and I each ended up getting a hat.  Lowen picked his up, and went to go ask what the price was.  The vendor said it was $20, and Lowen offered to pay $15, then the vendor came back with $18. Lowen said he'd have to think about it, and the guy then said he'd take the $15 for it.  Sweet deal!  Then I found a hat I liked with cute palm trees on it (I forgot a hat and got heat stroke last year and puked a lot, so I'm always careful to wear hats now!).  Lowen said he'd barter the guy down on my hat too, and offered him $15.  The vendor came back with $10 and Lowen said SOLD!  :)

You should see the avocados they have here.  They're MASSIVE!!  Check out this pic of me with some of them (my mother in law suggested the pose.  I didn't get too into it because I felt awkward doing it in the middle of the market... haha) 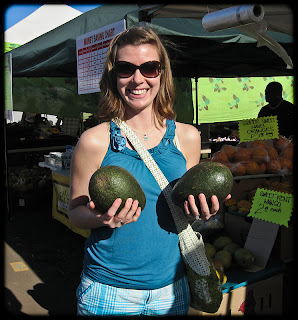 Here's a pic I wanted to take for my mom of the hibiscus bushes.  This was only one of a dozen or so of them there, all in full bloom. 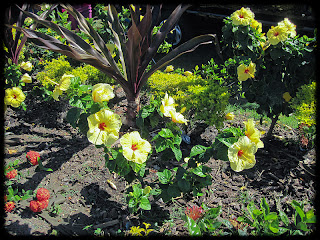 In the afternoon my mother in law and I went shopping to a quilt store.  I ended up spending $128 (eek) but got a gorgeous quilt kit and some uber Hawaiian fat quarters. 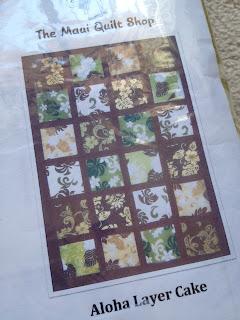 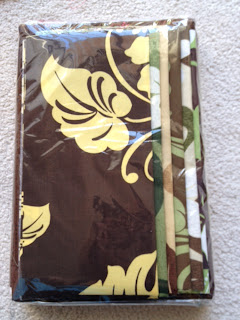 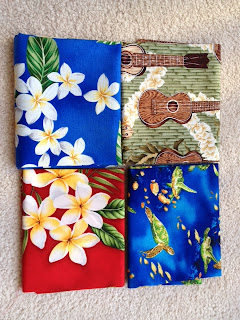 The place we're staying at has such beautiful landscaping, and a fantastic view, as you've already seen. I love that there are flowers absolutely everywhere.  All of the hedges and bushes and trees are just loaded. 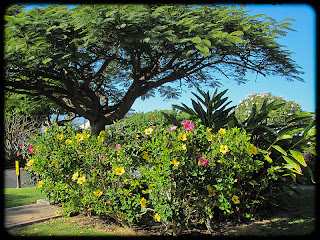 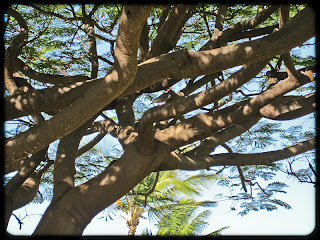 Today we went to a Catholic church with Lowen's parents.  I had never been to a Catholic church before, so it was neat to see something different.  I got a little lost from time to time with what was going on, but it was fun.  The church was beautiful.  It had skylights and open walls so the air could flow through.  There were also beautiful stained glass windows all around with Hawaiian scenes of hibiscus trees and the ocean and boats.

This afternoon we went to rent snorkel gear for the week, and just now we booked a deep sea fishing excursion for Wednesday.  There are oodles of whales out there, and I'm really looking forward to seeing some up close on this trip!