Let me try to remember what's been going on the past couple of days.  A few days ago we woke up, had breakfast, went shopping, made mango salsa, all before 9:30.  I sure love waking up at 6:30 every morning.  I get so much done!  Anyway, that same night it was our turn to cook, so we found a recipe that sounded tasty, and went shopping for groceries and made the mango salsa.  We had to let it sit for an our before marinading the chicken with it, which ended up working perfectly because Uncle Ed was making us all waffles at 9:30.  After the waffles we zipped back to the house and used the juices from the salsa to marinate the chicken.  Then we decided to take a drive down south.  We went through Waileia and checked out some of the beautiful houses there.  Here are a few of my quick snaps out the car window: 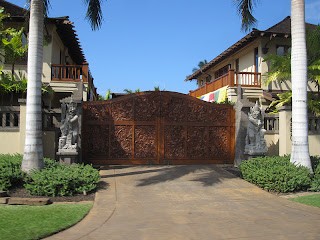 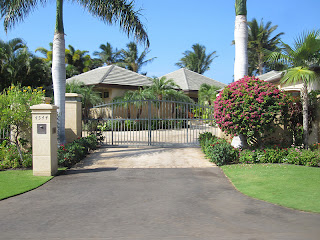 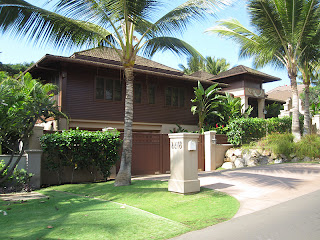 From there we drove farther south through the last lava flow on the island.  This is actually one of my favorite places; I love looking at the lava and the cinder cones and the remnants of the volcanic activity. 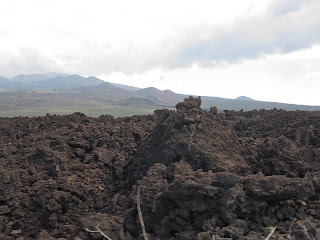 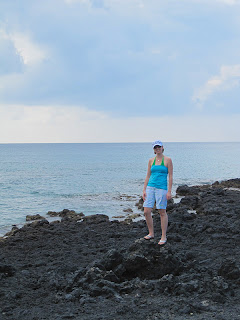 After the black rock beach we went to Big Beach (not to be confused with Little Beach - the nude beach).  We sat for a bit and read our Kindles.  I got restless and Lowen and I went swimming for a bit.  There's no great snorkeling around, and the waves aren't great for boogie boarding, so we just went and played in the waves for a bit. Then we realized that there were sea shell bits a bit further out, so we grabbed our snorkel gear and went and spent some time finding and diving for the sea shells. I took a little walk and took some pictures of the waves: 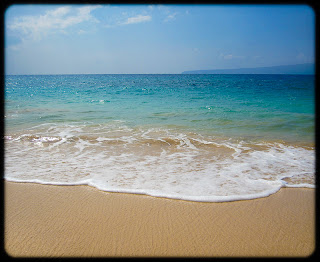 Then we came back to the condo and Lowen and I got to work on supper. Lowen bbqed the chicken, and I stirfried some broccoli and peppers with onions and garlic in lots and lots of butter.  My mother in law made rice, and my aunt brought a salad.  The dinner was a big hit!  Of course no Maui dinner would be complete without a sunset. 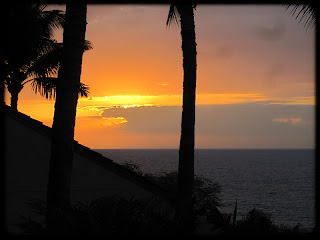 The next day was a real adventure!!  We woke up at 5:30 and got ready and went deep sea fishing!! That was quite the experience.  We got to the boat, and the second mate was such a grump!!  Haha.  Maybe he was grumpy because he had to wake up at 4, or maybe that's just how he was. Oh well. Anyway, we took off (took off?  What's the proper boat terminology for that?!) and headed out!  There was a swell that came in that day, and we were going up and down these 10 - 12 foot swells.  On the way out we saw oodles of whales breaching and doing pec flaps and everything.  It was so cool.  A couple of hours into the trip I was starting to feel disheartened because we weren't catching any fish.  We went waaaay south past a part of the island that I have never seen before, and I really enjoyed looking at the lava flows and cinder cones. Because of the swell, the coast was all lit up with the spray from the waves on the cliffs.  It was so neat to see the water shooting waaaay up every time they smashed the cliffs. We made our way out to a buoy that marked the good fishing spot. By that time, everyone was starting to get sea sick.  Everyone but me, that is!  For some reason my husband seems to think I get motion sick, but I proved him wrong on this trip! The captain was making fun of me because I was eating my sandwich while the others were all "feeding the fish" over the side of the boat. Anyway, speaking of fish, we started to get a few bites!! Those that were able all helped to reel in the fish.  I reeled in 2 yellow fin tunas myself! It was my first time fishing, so I was happy to have been able to catch something.


We came home and cooked up our fish.  It was sooooo tasty!!!

I still have today to tell you about, but it's 8:50 here and past my bedtime.  I'll have to catch up later!